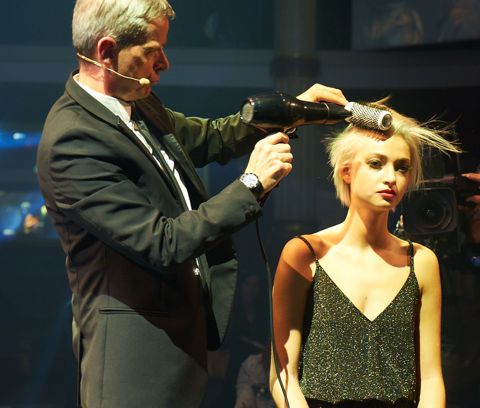 BLACK2BLOND is excited to welcome Stéphane Gallien to our team!  Stéphane is a sought-after creator who has been working in the hairdressing industry for over 30 years. His talent, flair and passion have allowed him to collaborate with some of the most prominent companies in London and Paris, including Vidal Sassoon, Aveda and Labiosthetique Internationale.

With a wealth of knowledge and international experience, including that of Creative Director of La Biosthetique Paris in France, Stephane offers an innovative approach to hair and guest care.

Our team at BLACK2BLOND are so pleased that he has joined us and we are confident that you will enjoy his work and your time with him too! 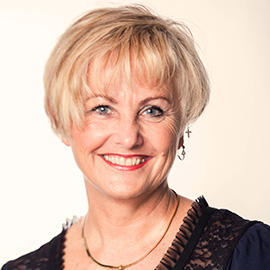 Teresa is a businesswoman, and innovative cosmetologist, and the owner of BLACK2BLOND Spasalon, one of the premier salons and spas in Vancouver.

Teresa has more than 35 years of experience in the beauty industry. Prior to her current role with BLACK2BLOND, Teresa has enjoyed owning three previous salons.

Along with extensive training from La Biosthetique, Teresa has also been trained by Vidal Sassoon in Los Angeles, London, and Dallas; from Toni & Guy in London and Dallas; from Aveda in Vancouver, New York, Toronto and Dallas; and from Kérastase and Bumble and bumble.

When Teresa is away from the office, she enjoys triathlons, troubleshooting, and helping others to grow as human beings. 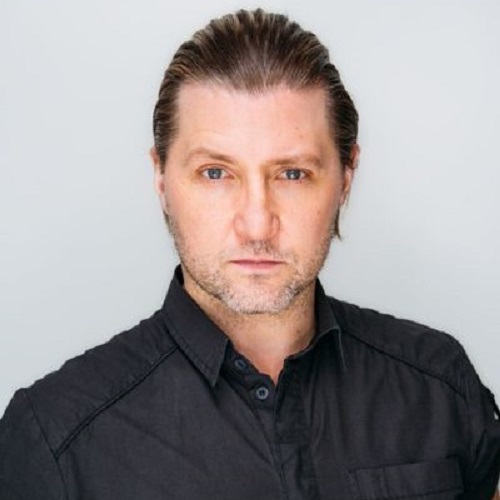 With over 13 years of hair industry experience Canadian born Jody Lubin, has trained and performed internationally in New York, Germany, Miami, Minneapolis, Seattle and across Canada. He has assisted and trained with some of the world’s top stylists working backstage at numerous high fashion events including New York Fashion Week.

Jody’s continued pursuit of higher learning and education landed him in Santa Monica at the Vidal Sassoon Academy, where he attended the Salon Creative Cutting course.

In 2017 he attended the future talents training program with La Biosthetique’s European creative director Alexander Dinter. The program, a first of its kind for the German/Parisian based company, helps equip global educators with new innovative and creative approaches to cutting, styling and presentation.

Jody, is a certified master colourist and educator for cutting and styling with the La Biosthetique North America Creative Team and an in-salon stylist behind the chair at Black2Blond Salon & Spa.

Jody’s available has changed! Jody will be returning to the salon for 8 days each month; please note the following dates and times for his new availability;

Dates in 2021 will be announced at a later time.

The following times are available between November 16th – 23rd and December 14th – 21st.

SENIOR STYLIST- Will be back soon!

Glenn first picked up his scissors in 1996 and since then has done everything from editorial work for newspapers and magazines, backstage work for fashion shows such as Viva Glam Vancouver, and colour work for five seasons of the television series The L Word. Glenn’s Vidal Sassoon training and dedication to staying current with regular education has kept a steady flow of loyal clients coming through the door. He often refers to himself as the resident barber, no doubt due to his following of men wanting a precision cut and a perfect fade. Glenn also loves colour and has become a pro at delivering a blonde that will knock your socks off.

His clients appreciate that they will receive a beautiful precision cut balanced with a killer colour, as well, they get to hang out with a very pleasant professional!

Glenn is currently contracted to a popular TV show and will be in BLACK2BLOND one Saturday per month. 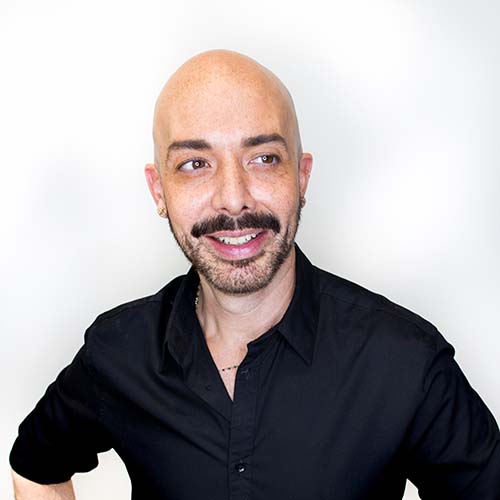 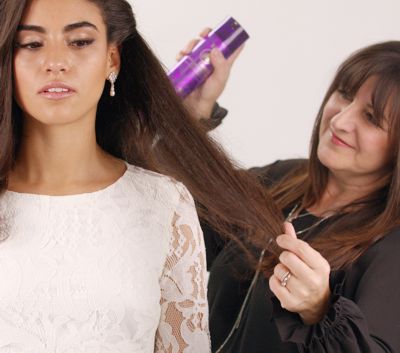 Linda has more than 30 years in the beauty industry with extensive training from around the world with some of the most sought-after industry leaders: Vidal Sassoon, Great Lengths, Kerastase, L’Oreal and La Biosthetique.

Linda is passionate about enhancing her guests’ natural beauty through hair styling and expertly applied colour and extensions.

With a commitment to continuing education and a passion for emerging trends and fashion Linda ensures her clients benefit from the highest quality methods and products.

Maggie brings over 8 years in the beauty industry and is certified in both hair styling and makeup artistry. Her passion for hair and makeup resound in equal measure. Her aptitude for colour is evident in her makeup artistry and ability to translate and transform hair colour. Her talents have been showcased in fashion, print & runway. Maggie is fluent in Spanish, French & English. 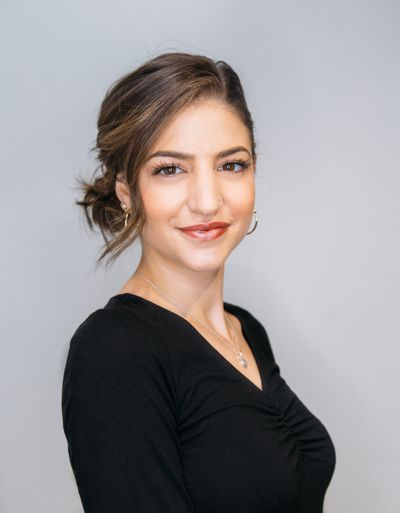 Hi, my name is Alexandra. I am an ITA Certified Hairstylist and have been in the hair industry for 5 years. I am passionate about giving my clients the most professional hair advice and current cutting edge, sophisticated hair styles.

I graduated from VCC in the Hairstylist program and am passionate about my career and focus my energy on furthering my hair-care education. Before joining the BLACK2BLOND team I worked in a high-end salon for four years receiving personal training from a Vidal Sassoon educator.

Since 2016, I have been a Brand Ambassador for La Biosthetique which has allowed me to take extensive and advanced hair courses at the La Biosthetique Academy, including Essential and Advanced Colour, Art of Foiling, Blonde Toning, Colour Correction and Balayage.

When time permits, I enjoy volunteering in events like, Vancouver Fashion Week and Eco Fashion Week.

When I don’t have my hands in hair, I love spending time with family and friends. My favourite season is fall, not too hot, not too cold. I have trained in Martial arts for 12.5 years and received my First Degree black belt in 2011. Keeping fit and eating healthy is my mantra.

I welcome you to come see me as I am accepting new clients. Simply choose a time that works best for you and let me help you achieve a cut and/or colour that will make you look and feel your best! 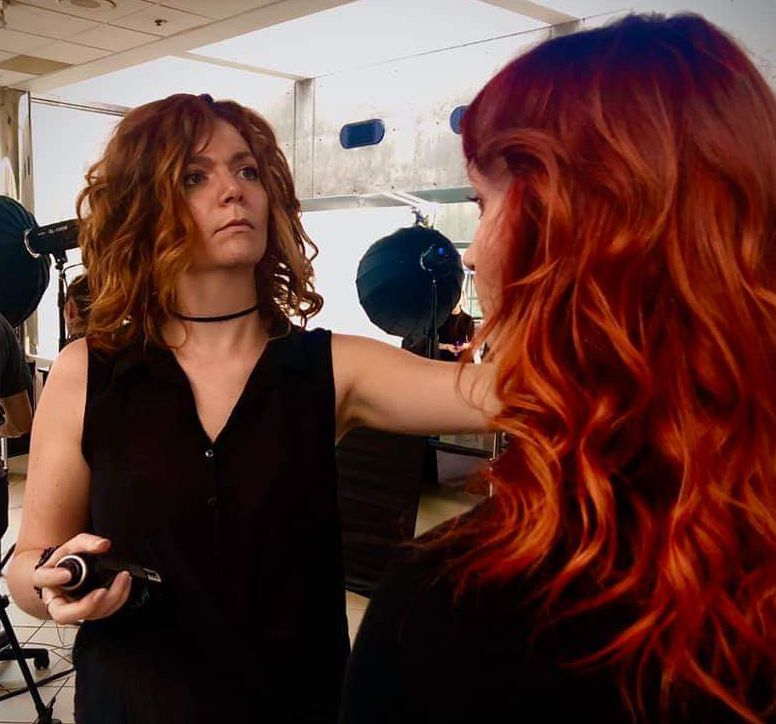 Originally from France, Aurélie began her career in hair in 2002. She moved to Vancouver in 2006 and has grown from a junior stylist to a hair cutting specialist. She has also served as an instructor and manager.

Aurélie has received extensive training and experience from around the world including Paris, New York, Montreal, Lisbon and Vancouver and specifically from Suki’s, L’Oréal, Kérastase and La Biosthétique.

Having entered multiple hair competitions, Aurélie won the National L’Oréal Color Trophy in Montreal in 2016 and was selected to compete internationally that same year during the L’Oréal Business Forum in Lisbon, Portugal. It was one of the most memorable experiences of her career.

When, not at work, Aurélie enjoys spending time with her friends or family, hiking, practicing Yoga, or having a glass of wine on a patio. Aurélie is also passionate about history—always reading, watching or studying about the past.

We are excited to have Aurélie add to the international composition of BLACK2BLOND, and especially appreciative of having another professional to care for our guests

It began when John’s mother made him look like Moe from “The Three Stooges.” Picking up his first pair of scissors at age 14, he was instantly attracted to the world of hairdressing. Hailing from Vancouver, John began his career at Suki’s as a stylist and teaching apprentices the basics of hairdressing. Having co-managed the apprenticeship program there, he knows that education is vital to all hairdressers and even their clients!
John is known for his strong technical cutting skills, having taken both Sassoon based training in Montreal and graduating from the precision hair cutting academy at Suki’s in Vancouver. A crucial part of the experience with John is his consultation. He listens attentively to his guests’ concerns and provides the best answers for their hair: whether it be ways to style, which products to use, or even a simple how to properly shampoo and condition one’s hair.
Outside the salon, you can find John midair holding onto gymnastic rings or surviving traffic on his motorcycle.

Originally from Turkey, River moved to Vancouver in 2008. She is passionate for both color and street fashion, River has been providing beauty services for over 20 years! Her keen eye for detail, steady hands and patience combined with her artistic skills results in a high level of client satisfaction.
She offers a wide variety of beauty services including hair cutting and coloring services, permanent makeup, microneedling, dermaplaning and eyebrow threading. River’s numerous certificates attest to her commitment to expanding her skills and knowledge.
Outside the salon, she loves all things in nature and discovering other cultures and history.
With River you are in the hands of a highly trained, certified professional, equipped with the latest technology and products to achieve your desired outcome. 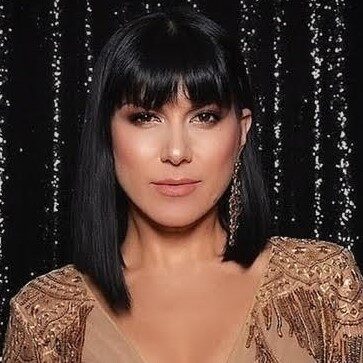 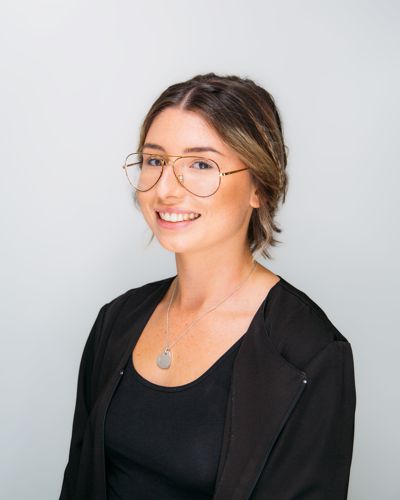 Hi, I’m Christine and I’m bringing you my knowledge and expertise in the beauty industry all the way from Ireland. I’m passionate about my clients and want nothing more than to make them feel and look great. I’ve worked in the industry for several years now earning ITEC, CIBTAC and CIDESCO Certificates and am enjoying continued learning and growing here in Canada as an esthetician with BLACK2BLOND. Although I offer a full range of esthetic services, I specialize in waxing and lash extensions.

I like to think of myself as a jack of all trades! I love to try new things and learn new skills, most recently I have been focusing on what creates the best Customer Experience. This interest comes from my recent educational experience in User Experience Design. I like to find creative solutions for the problems I am faced with.

I have been living in Vancouver for the past 7 year but only recently joined the Black 2 Blond team! I grew up in São Paulo, Brazil and when I decided to move up here I was told I’d be living in the warmest city of Canada, I have yet to agree with that statement. I became familiar with Salon by volunteering my hair for a few of La Biosthetique’s education classes and simply loved their approach to education and products. So I am very pleased to be a part of the Black 2 Blond family embracing their values and learning how to properly and fully embrace my curls! 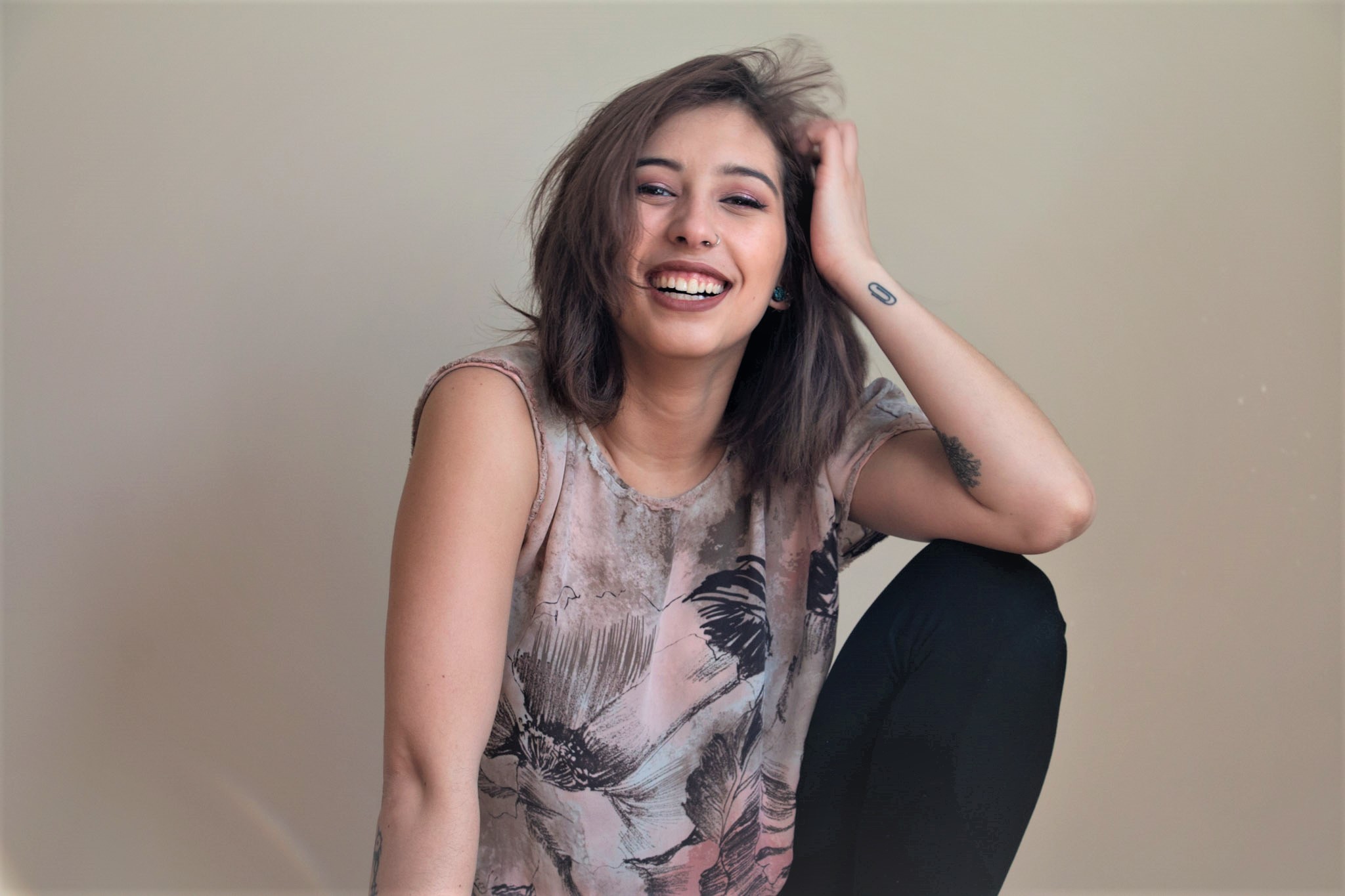 I was at Black2Blond and Hype getting my hair done so often they decided to hire me! Also working as Personal Assistant for the Creative Director of La Biosthetique Canada, I’ve been with the company since the end of 2019. I think everything looks better in colour, and I love seeing guests change their life when they change their hair – myself included.. (after trying every colour in the book, I owe my hair health to La Biothetique’s PCC Mask!)

When I am not at work, I am dancing, singing, or at the dog beach with my puppy, Rosie. My heart loves performing, and I’ve recently begun training in dance at Harbour Dance Center and Culturally Defined. I’ve also trained in classical piano and voice for 15 years. I am half-Indonesian, and have lived in Jakarta, Medan and Perth, Australia! I am a graduate from UBC, and currently a student in post-graduate business studies at BCIT.

Anusha is the newest addition to the Black2Blond family, joining us July of 2020! Graduating from KPU in Human Resources, she loves doing what she can to promote a positive guest experience, and hopes you say hello at your next visit!
When she is not at work, she is at the dog beach with Kim’s puppy, Rosie (who she like’s to call her own), or hiking around one of the many beautiful lakes in Vancouver. Born and raised in Texas, she’s been living in Vancouver now for 10 years!

Want to Schedule an Appointment?